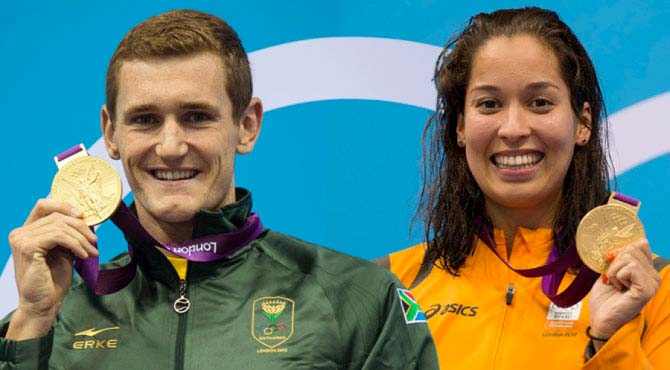 A bouquet of champions. We begin to discover the great protagonists of 51st edition of Trofeo Settecolli Clear. We start with two international phenomena: the Olympic champion Cameron Van der Burg and the Queen of speed Ranomi Kromowidjojo. See you in Rome!

Cameron Van der Burgh was born in Pretoria on 25 May 1988. The south African swimmer becomes champion in 100 breaststroke in the London Olympic Games, fixing the world record of 58”46 and dedicating his success to his friend-rival Alexander Dale Oen, Norwegian breaststroker tragically passed away three months before the competitions. “When I touched the wall”- VDB tells - “I looked up and I thought that maybe Alex was pointing me, laughing and thinking: how could you go so fast?”; I could answer him “It’s all about you, my friend”. Already winner in 50 breaststroke in 2009, just at Stadio del Nuoto in Rome, he claims the World record for the distance both in long course with 26”67 and short course with 25”94. In 2008 he participated in the Olympic Games, but Beijing didn’t bring good luck to him: he was eliminated in the 100 breaststroke semi-finals and he ranked seventh in the south African medley relay.


Ranomi Kromowidjojo is the Queen of speed. She was born in Holland, in Sauwerd, on 20 August 1990. She has a beautiful complexion and somatic due to her Indonesian (maternal grandparents) and Suriname origins (dad). At the London Olympic Games 2012 she won in 50 and 100 freestyle, establishing, in both specialties, the event record. Already an Olympic champion thanks to her success in Beijing 2008 in 4x100m freestyle, now she is trained by Christiaan Sloof after Marcel Wouda. She obtained the greatest successes with Jacco Verhaeren – already mentor of Pieter Van den Hoogenband (he is one of few athletes to have a sport facility dedicated to in Eindhoven) and Inge de Bruijn – nowadays the number one in Australia. If Jacco had remained in the Netherlands, the fellowship probably would not have jumped. But also coaches are ambitious. She likes to listen to Black Eyed Peas, surf the internet and post on all the social network; she is a very good cook and has a Chinese ideogram of water tattooed on her right wrist. 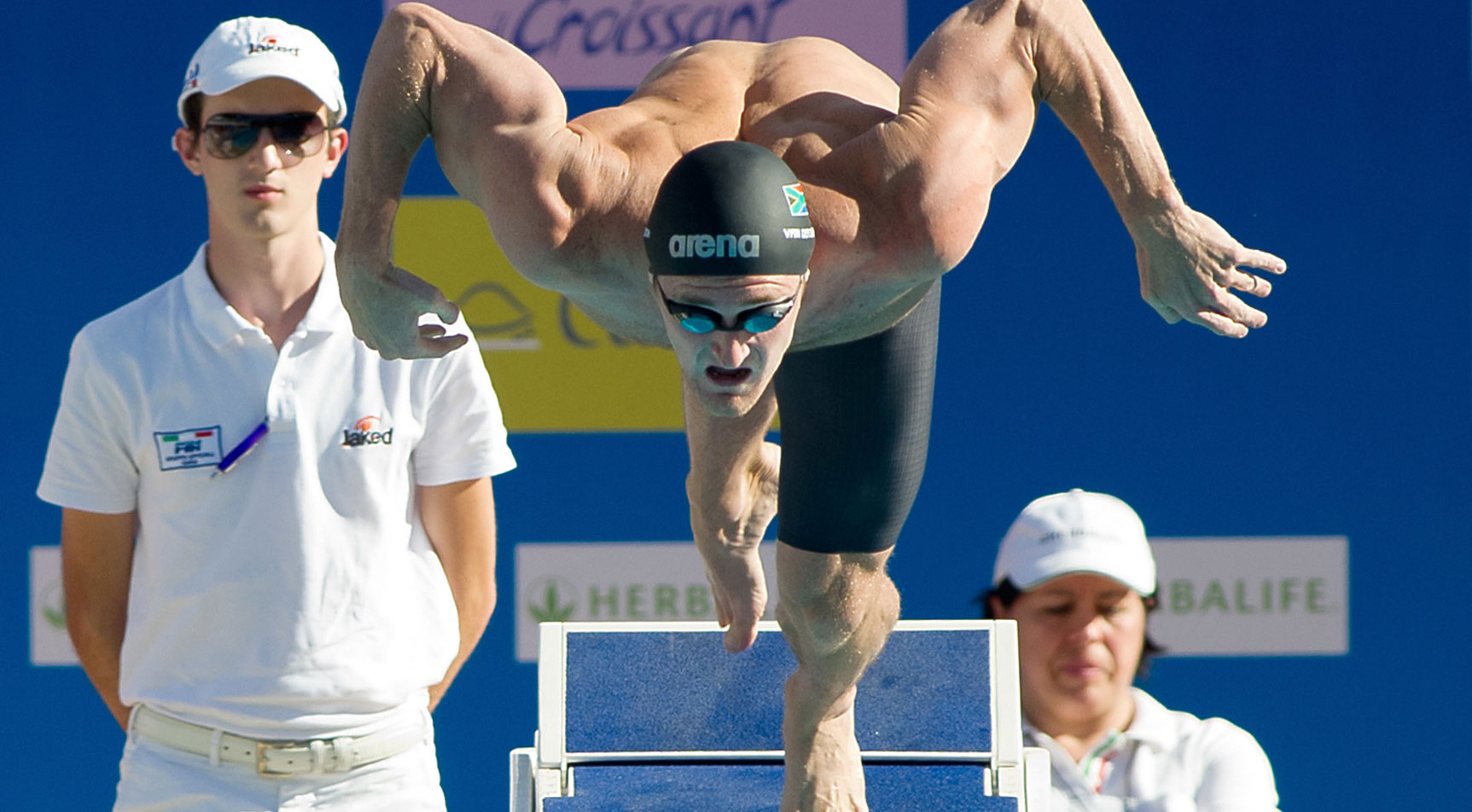 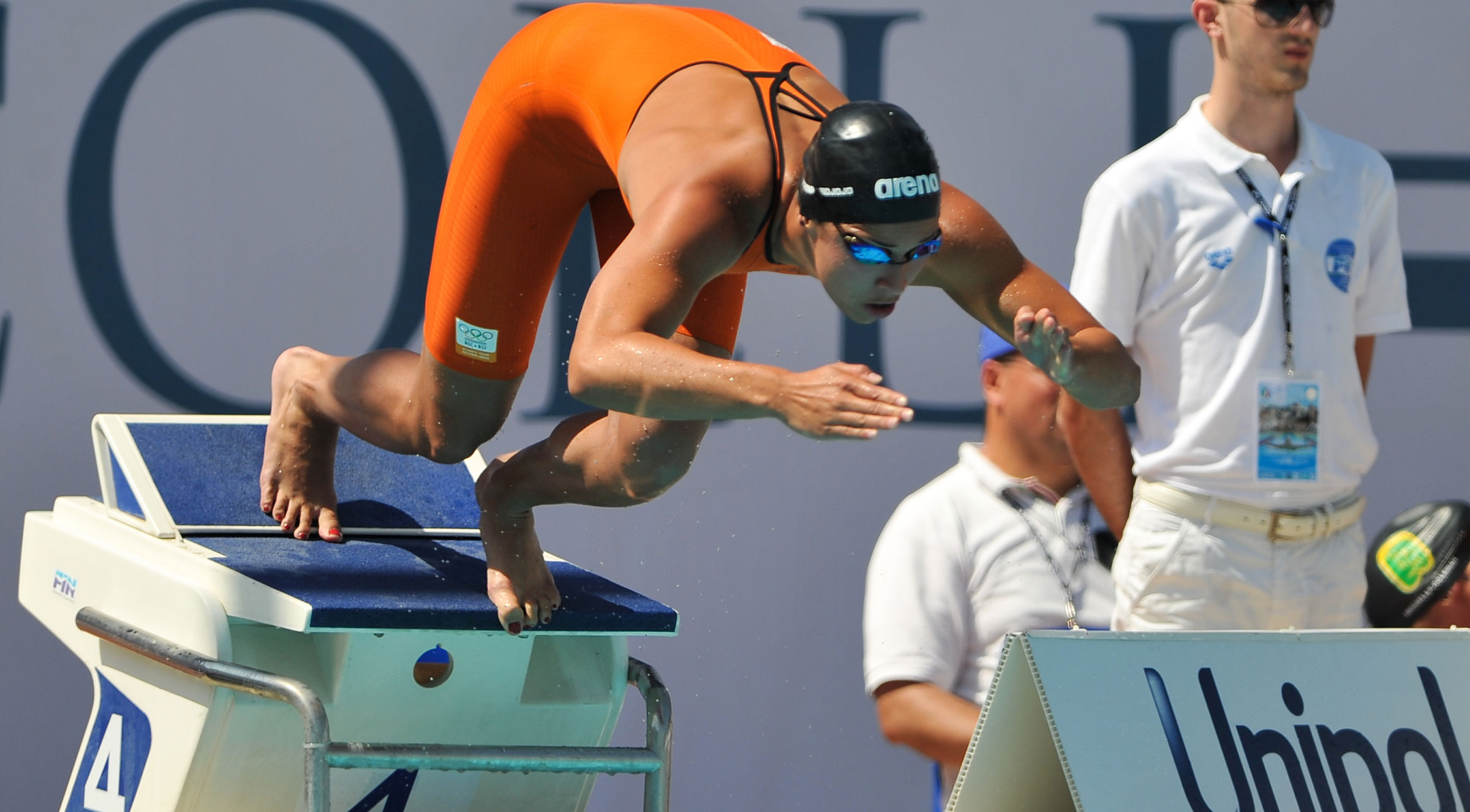 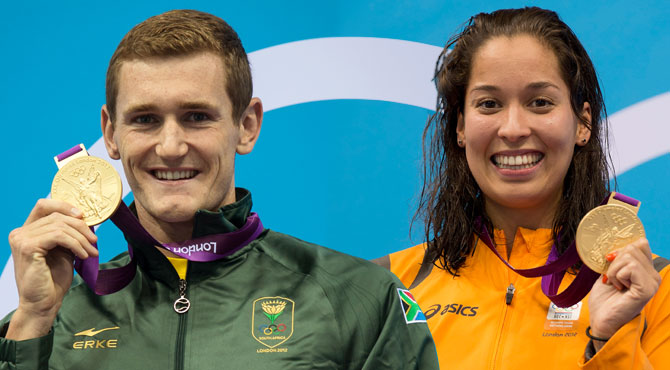