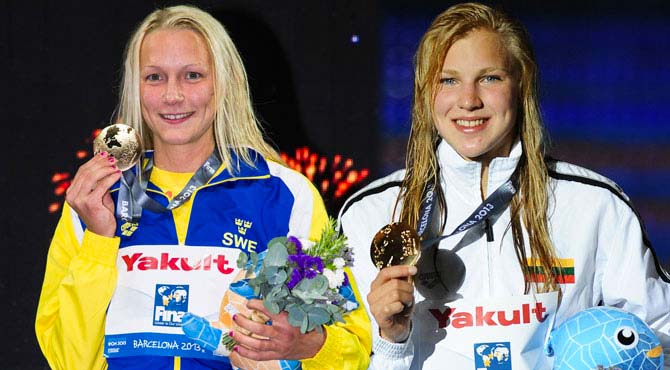 An explosion of youth for whom reaches Rome as a European champion in 100m butterfly and for who come back as Olympic and world champion. We continue our journey towards the 51st edition of Trofeo Settecolli - Clear with Sara Sjostrom and Ruta Meilutyte. See you in Rome!

Sarah Sjöström/strong> was born in Handen (Sweden), on 17 August 1993. She is considered one of major female talents in swimming in the world. She trains with Carl Jenner in Stockholm. She became European champion in 2008 when she was only 14 years old. During the World Championships 2009 in Rome, she amazed all winning in 100m butterfly and then she confirmed herself in European Championships in Budapest 2010. Great talented with broad skills from butterfly to freestyle, Sarah is very active on social network: she likes to share her private and poolside moments, and from her posted photos, she seems to love sweets and dogs.

Ruta Meilutyte/strong> was born in Kaunas (Lithuania), on 19 March 1997. She is the rising phenomenon in breaststroke in the world. She shined in London Olympic Games where, at the age of only 15 years, she won in 100m breaststroke, becoming the second Lithuanian athlete to win a gold medal behind Daina Gudzineviciute in Sydney 2000. Trained by Jon Rudd at Plymouth College, she holds the world record in 50m with 29”48 and in 100m breaststroke with 1’04”35 settled during Barcelona World Championships where she won gold medal in 100m and the silver medal in 50m with seven hundredths delay behind the Russian Yulia Efimova, that was then found positive at doping control in winter. Her mother died when Ruta was only 4 years old and she inherited her physical characteristics and swim skills. She isn’t particularly tall (172 cm), but she has very big feet; when she was 13 years old, she already wore number 43, while nowadays she wears 44. 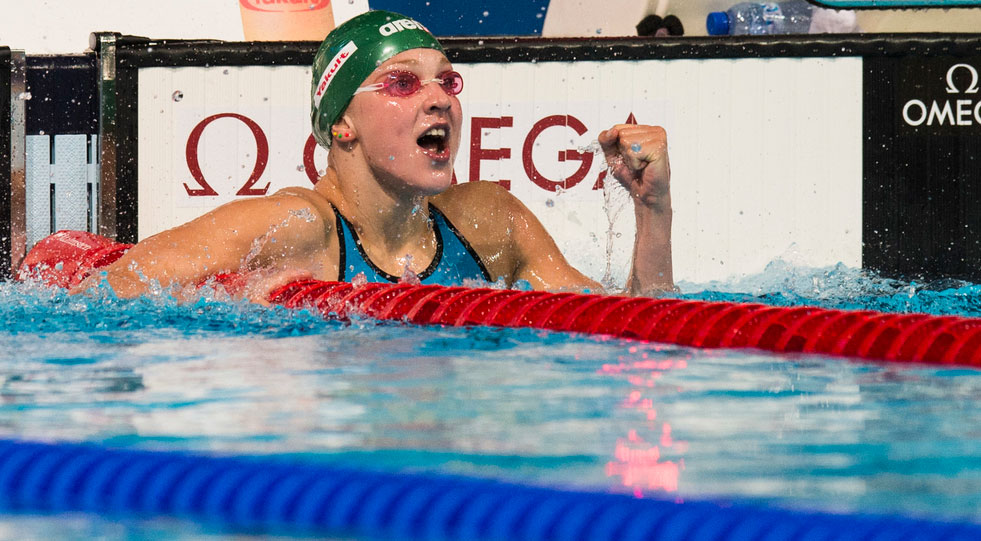 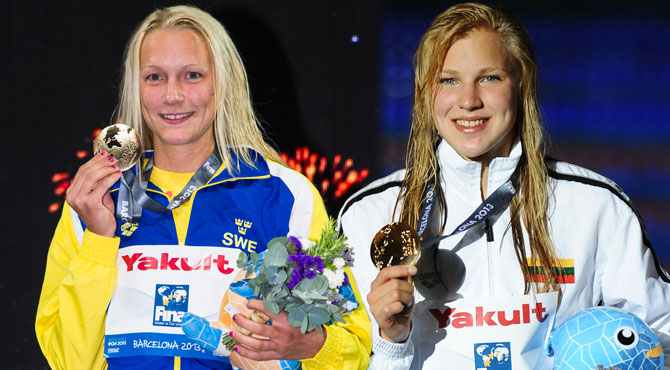