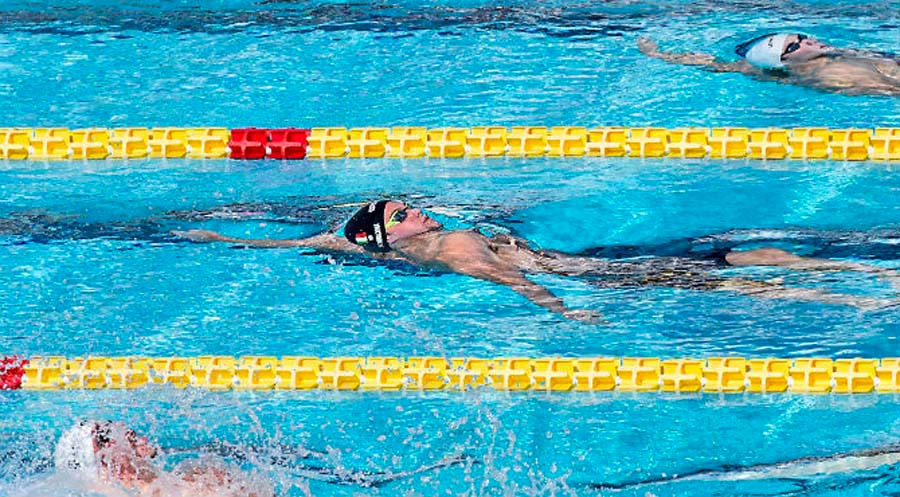 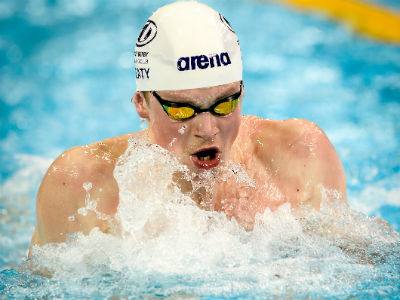 Adam Peaty brought the breaststroke in an other dimension. He was born in Uttoxeter on 28 December 1994, at about 30 km from Derby where he trains (his trainer is the British ex athlete Melanie Marshall). It is said that when he was a child he feared water and his family didn’t have the car to drive him to swimming pool. Then all changed. In 2012, he debuts at Young European Championships in Anversa, reaching the final race in 200m-breaststroke. In 2014, he started to get medals at British National Championships and then at the Commonwealth Games in Glasgow. At the European Championships in Berlin 2014, he wins in 50m (fixing the world record in 26”62 in semi-final) and in 100m-breaststroke, in the medley relay and in 4x100m-medley. In April 2015 he shines in 100m-breaststroke with 57”92, becoming the first man to break the 58”. Three months later he conquers three gold medals at the World Championships in Kazan: in 50m-breaststroke (reaching the World record in semi-final with 26”42), in 100m-breaststroke and in 4x100m-medley. In 2016 he becomes the King of breaststroke at the Olympic Games in Rio. He wins in 100m-breaststroke: he breaks his World record swimming in 57”55 in the heats. He conquers the gold medal in final race breaking his record again reaching the time of 57”13. His 74-year-old grandmother is one of his most keen fan. Followed on Twitter by more then 6.300 followers, she always celebrate her grandson worthily. Instead Adam’s mother, Caroline, moved for the first time out of Britain to attend the races of her son. 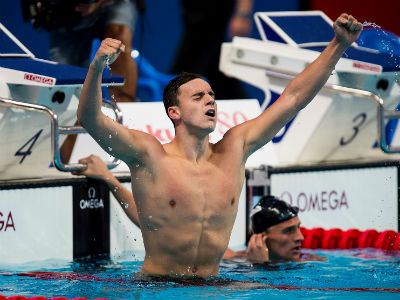