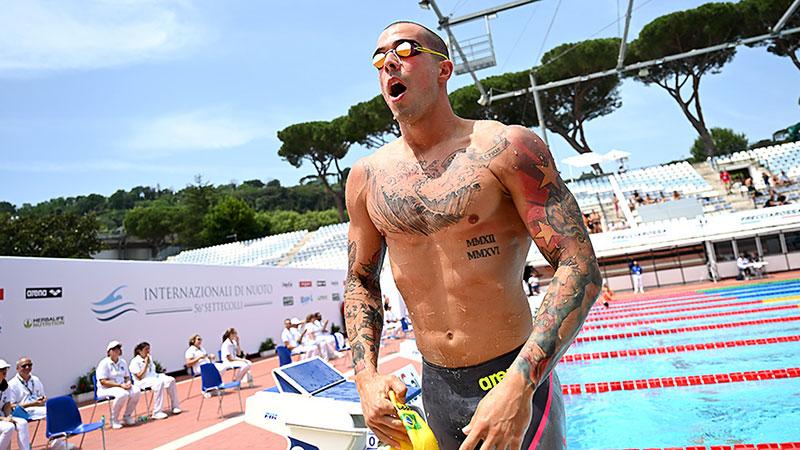 All the colours of rainbow at the first day of 56° Sette Colli-International Swimming Competition, that will occur until Sunday at Stadio del Nuoto in Rome. The great returns of Katinka Hosszu, who wins her first World gold medal in 400m-medley in Rome 2009 in this swimming pool, and Florent Manaudou, who comes back after three years of absence, the event record set by Michael Andrew in 50m-backstoke and the Italian “parade” are only the beginning of the show.

The Italian recordman in 100m-backstroke in long course and in the three backstroke specialties in short course Simone Sabbioni comes back after his forced stop, setting the second time in 50m-backstroke preliminary competition with 25"15. “I had a long period, beginning swimming again only two and half months ago and I have still two weeks of work”. The Italian athlete of Esercito and SwimProSS9, trained by the federal technician Matteo Giunta, at the Federal High Specialization Centre “Alberto Castagnetti” in Verona, is satisfied about his performance and he is confident about the afternoon final (his personal record is 24"99 set on 18th April in Riccione 2015). Ahead him, the 20-years-old American athlete Michael Andrew setting the event record with 24"53. When he was 14 years old, he becomes the youngest American swimmer to begin a professional carrier. He conquers 4 gold and one silver medals in 25m-pool relays at the World Championships 2018.

The World champion in 800m and World bronze in 400m in Budapest 2017 Gabriele Detti (Esercito/ In Sport Rane Rosse), trained by his federal technician and uncle Stefano Morini, set the best time in 400m-freestyle heats with 3'50"28, passing each 100m with 54"87, 1'52"61 and 2'51"31, announcing great surprises in Final. “I am happy about the time and the good feelings of this morning. It will go well in the afternoon. I hope giving you a beautiful gift”. His Italian record in 400m is 3'43"36, set on 4th April in Riccione 2017. Behind him, with the second time of the morning race (3'52"81), his equal in age Anton Oerskov Ipsen, Danish swimmer of 2016, who represents his country at the Olympic Games in Rio 2016. In his 100m-breaststroke Nicolò Martinenghi - Fiamme Oro/Nuoto Club Brebbia, trained by Marco Giovanni Pedoja-juniores World recordman in 50m and 100m-breaststroke and Italian absolute champion in 100m-breaststroke, ranks fifth and first among the Italian athletes with 59"96 (28"06 at 50m) at 95 hundredths to the national record. Behind him with 1'00"11, the other breaststroke Italian specialist, Fabio Scozzoli (Esercito/Imolanuoto, trained by Cesare Casella)-Italian recordman in 50m-breaststroke (26"73" in Riccione last year). In this specialty he conquers the silver medal at the European Championships in Glasgow with 26"79. “The race reflects my predictions-Martinenghi says-Fabio and I knew that we had swum with a very low time, lower than the time swum last week at Mare Nostrum. I am reaching my rhythms again. We are in Final and we will work hard”. The fastest swimmer is Adam Peaty, recordman and World champion in 50m and 100m-breaststroke, Olympic gold in 100m in Rio 2016, with a great lion tattooed on his left shoulder. The British athlete, who will be 25 years old on the next 28th December, stops the chrono after 59"29.

In 50m-freestyle, the Olympic champion in London 2012 and Olympic vice-champion in Rio 2016 Florent Manaudou comes back, swimming for Energy Standard, wearing the swim cap, with the Union Jack on, belonging to his trainer James Gibson. Florent set the second time with 21"73. Ahead him with one tenth of distance, the Brazilian Bruno Fratus, silver medal at the World Championships in Budapest 2017 in 50m-freestyle and 4x100-freestyle, bronze in 50m in Kazan. Yesterday he had dinner near Stadio del Nuoto with his partner and team. The Italian swimmers Yukio Condorelli (Aurelia Nuoto) and Luca Dotto (Carabinieri/Larus Nuoto), both trained by Claudio Rossetto, conquer the Final: Condorelli ranks third ex aequo with Michael Andrew with 22"06 and Dotto ranks sixth with 22"13. “I am satisfied about the morning race-Luca says-and I would like to decrease my time of some tenths in the afternoon races. Florent Manaudou? His talent is always the same”.

The European 100m-butterfly champion Piero Codia (50"64 in Glasgow) ranks fifth in his 100m-butterfly with 52"42 (24"44 at half race). “The gold medal conquered in Glasgow encouraged me. Now my carrier has newstimuli. The final will be very hard”. In Final also the other Italian swimmers Matteo Rivolta (Fiamme Oro) and Federico Burdisso (Tiro a Volo Nuoto). The first time is reached by the French Mehdy Metella, unique swimmer to swim faster than 52 seconds, with 51"53. In Rio 2016, he ranks second in 4x100m-freestyle, he wins the title in 4x100m-freestyle at the World Championships in Kazan 2015, he wins also a gold medal in 4x100-medley at the European Championships in Glasgow 2018, one silver in 100m-butterfly and one bronze medal in 100m-freestyle. The pre-show with Massimiliano Rosolino will start again at 6:00pm. 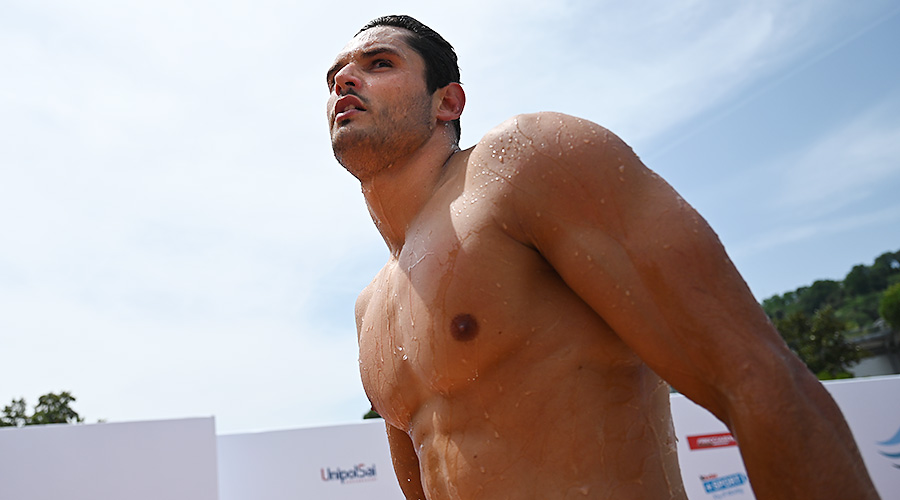 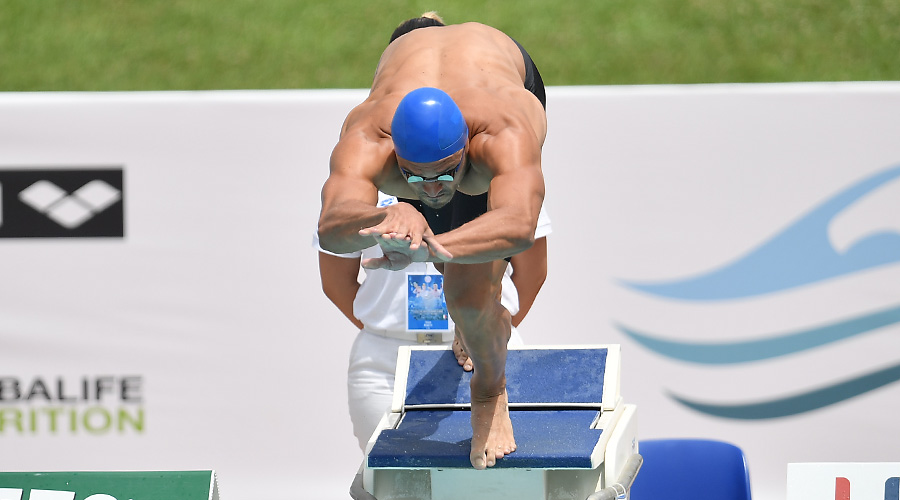 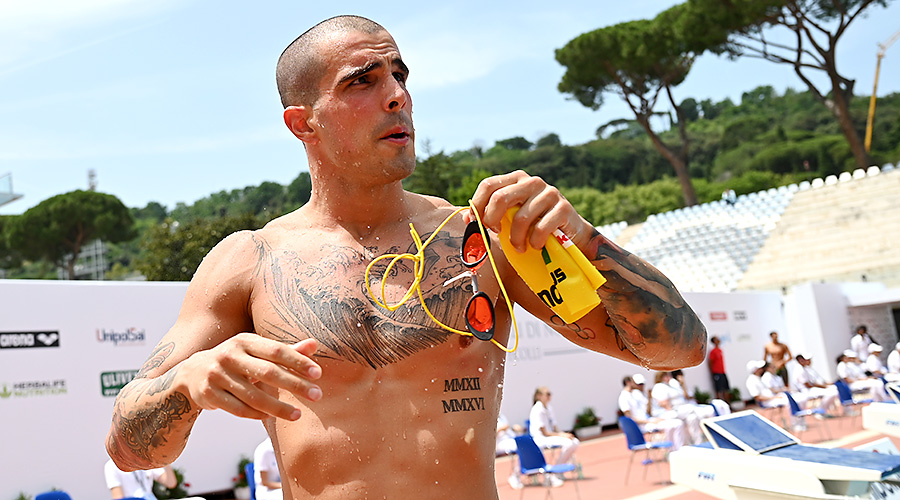 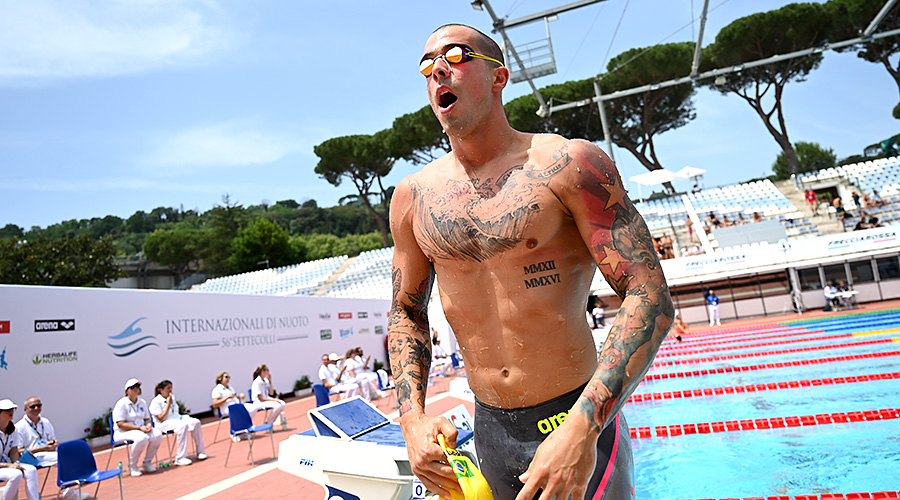 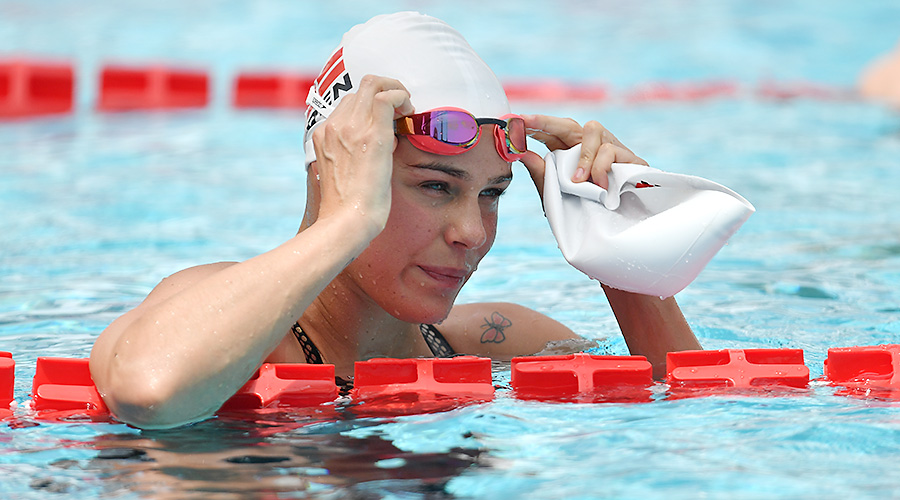 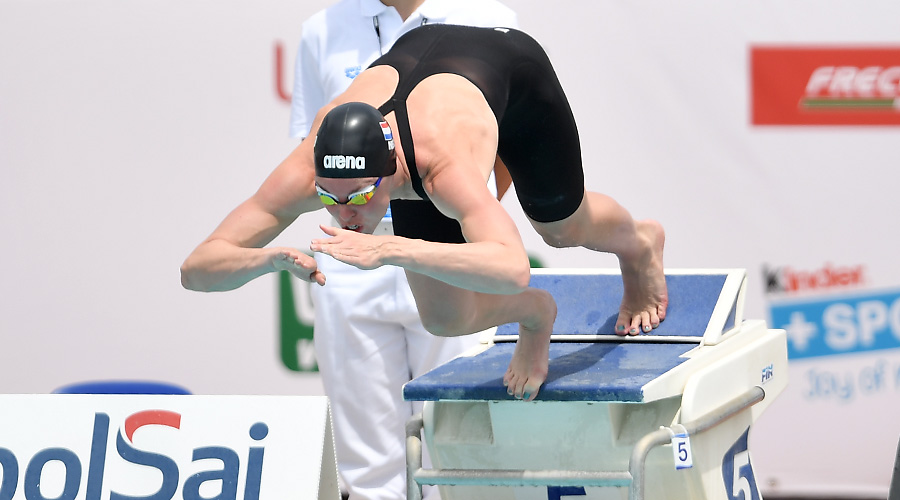 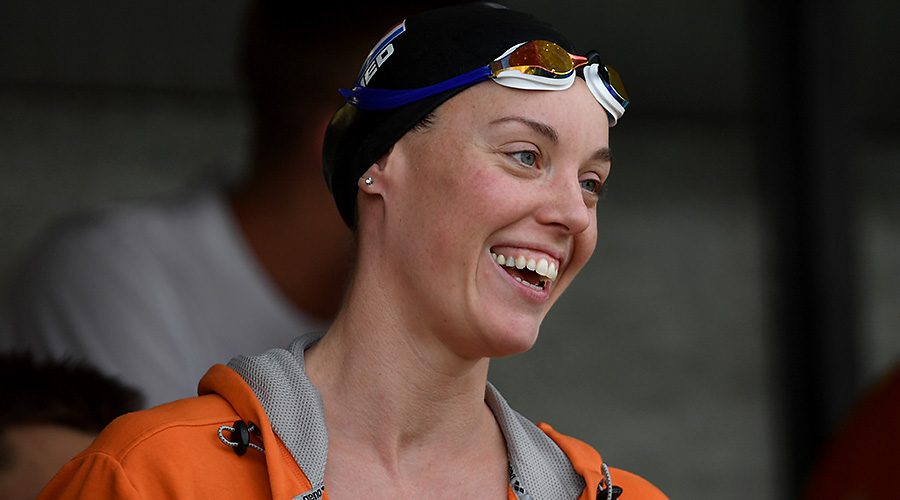 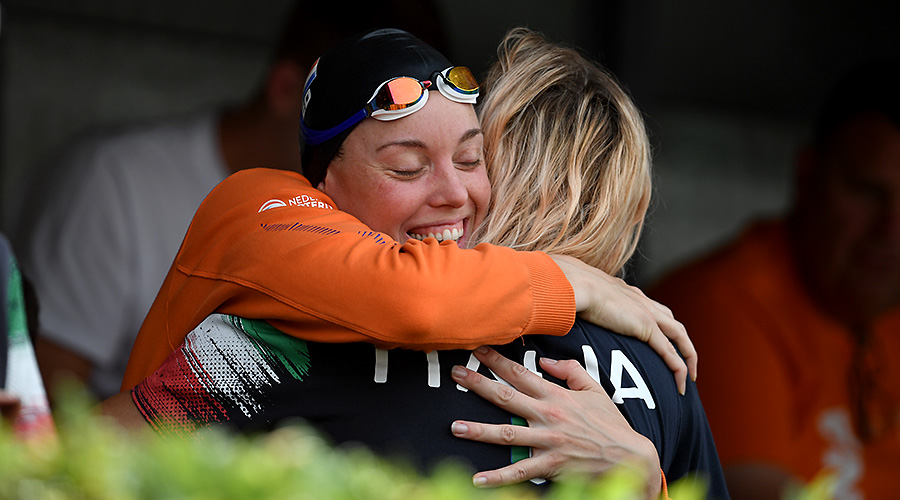 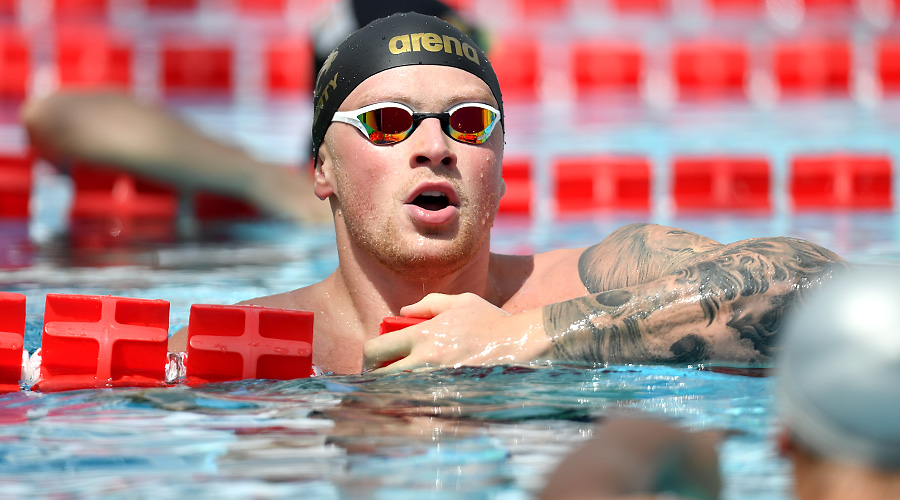 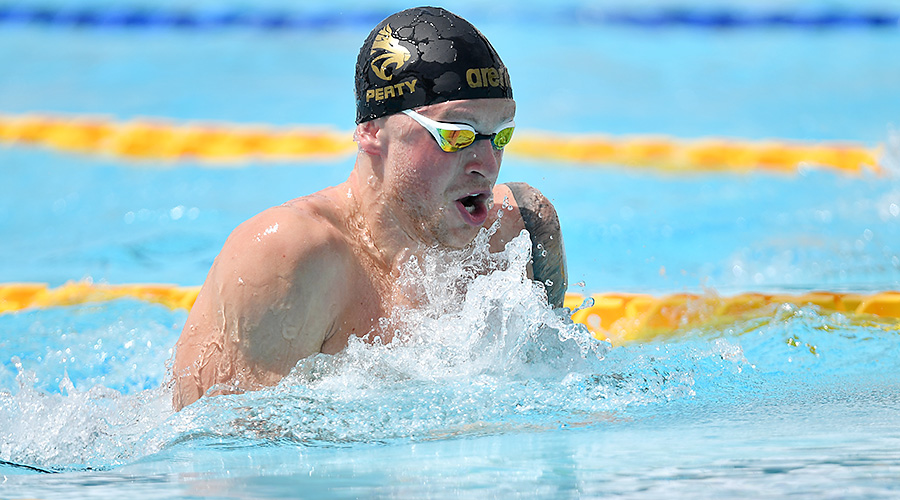 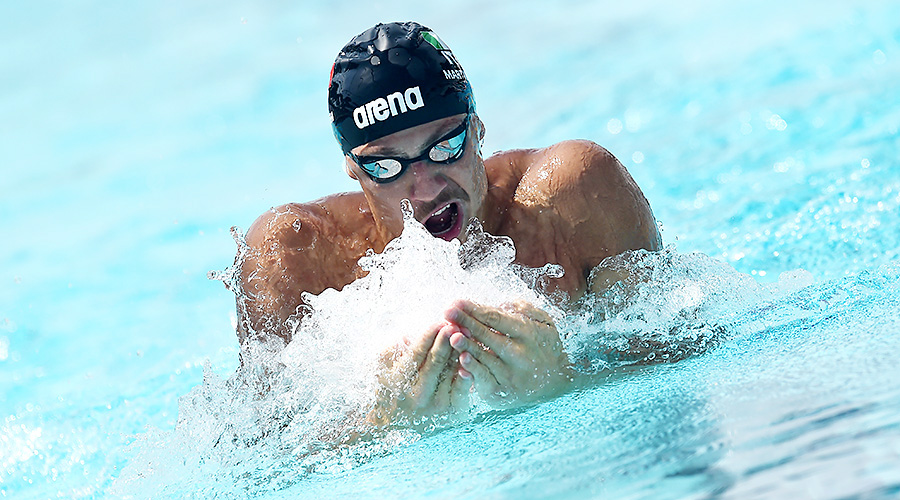 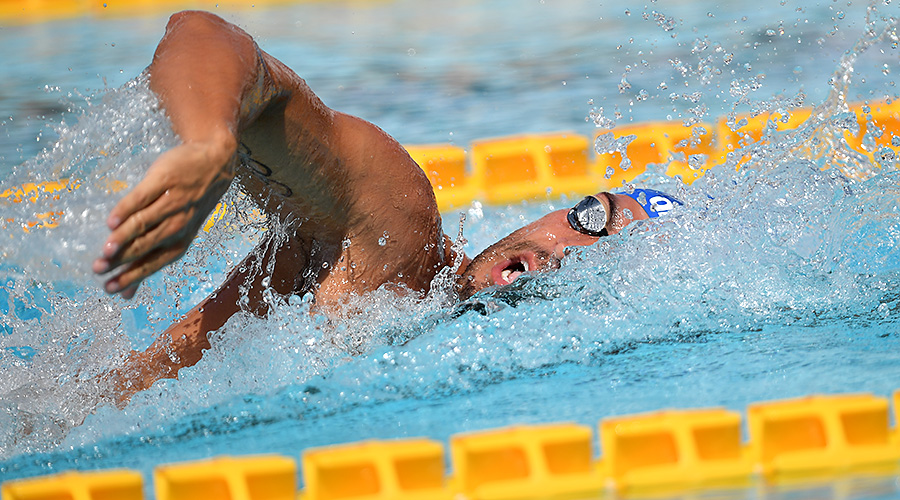 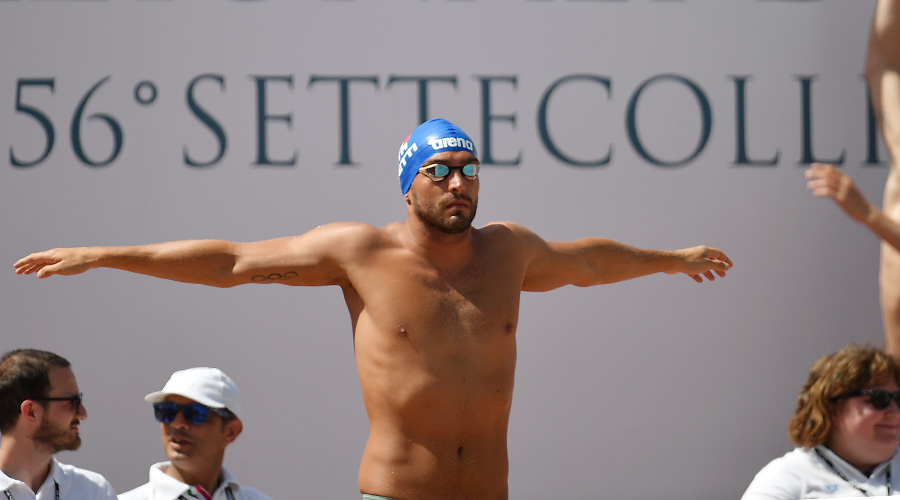 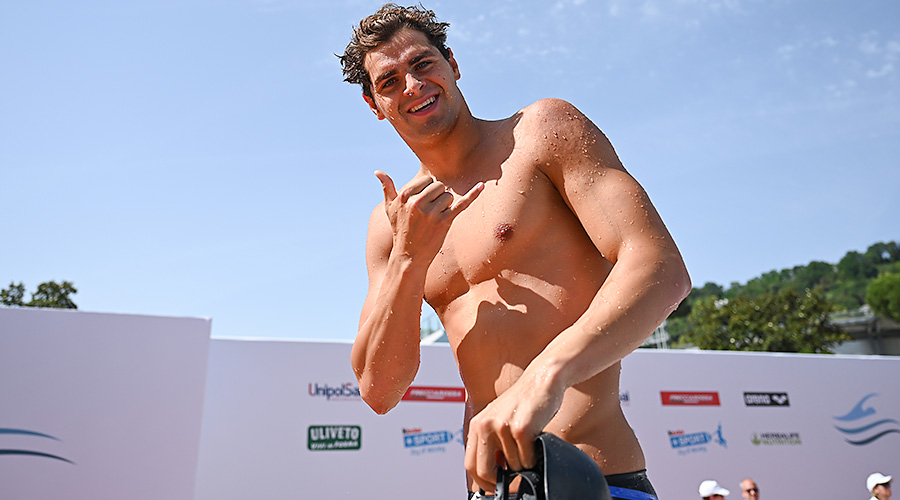 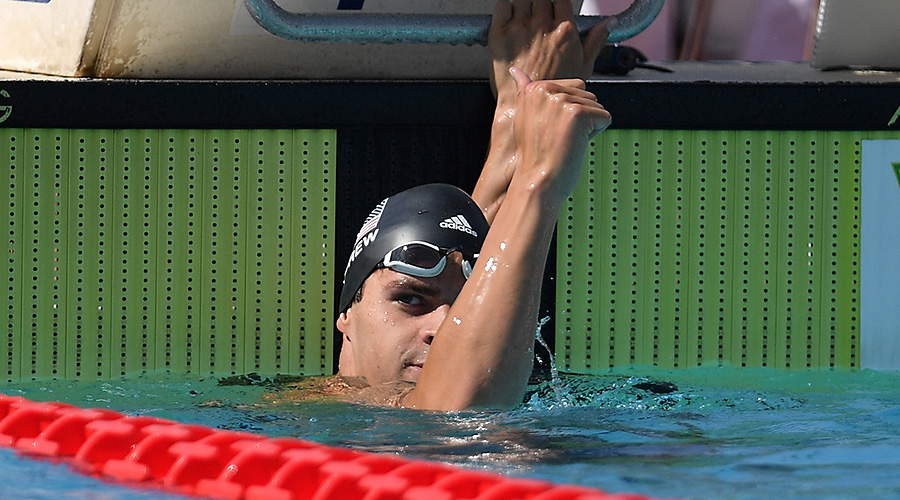 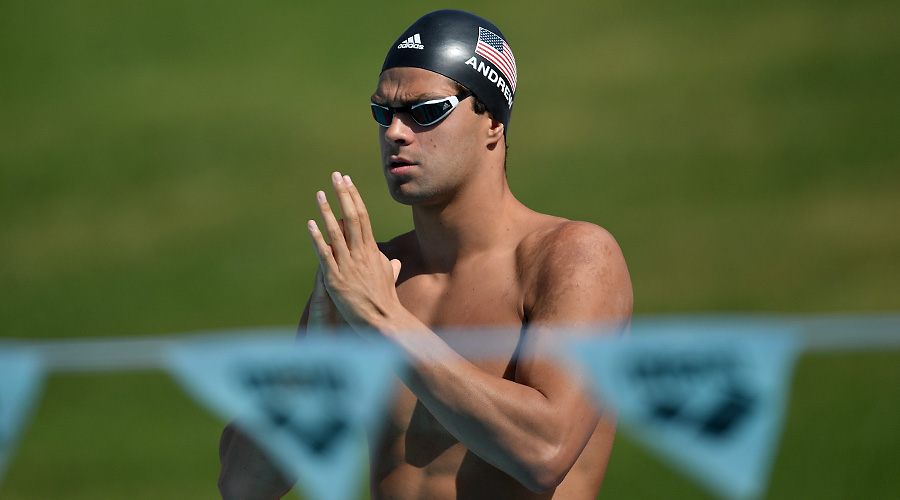 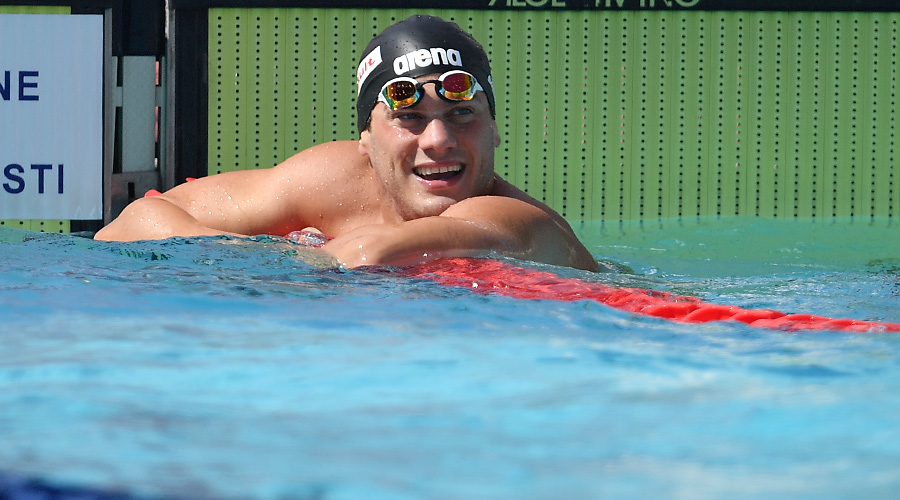 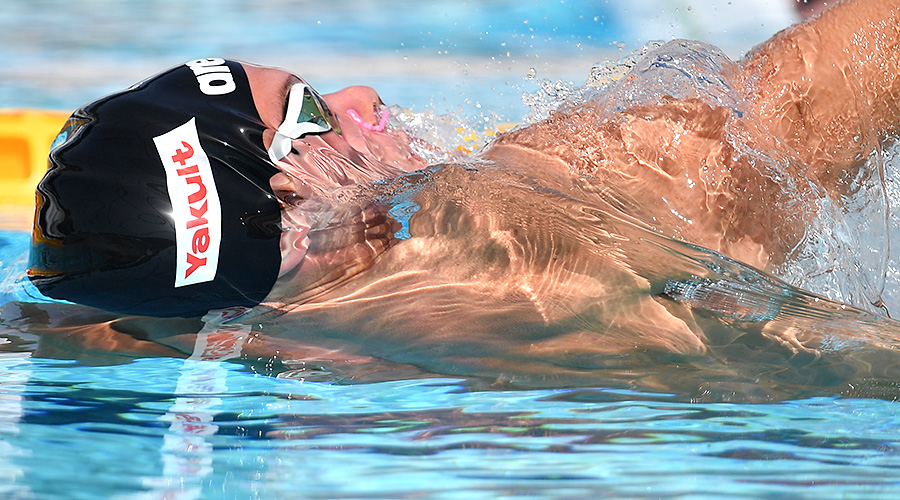