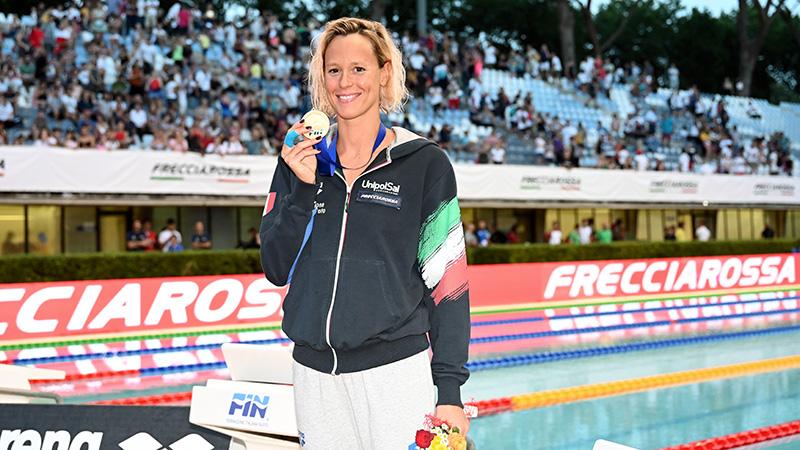 Put the hand ahead is her “more beautiful obsession”. Winning belongs to her DNA. When the race is the 200m-freestyle, all becomes the greatest. Kikka Fede is a true-born and the Stadio del Nuoto in Rome is her favorite arena. Federica Pellegrini, who after the heats says to be afraid about the cheers of the audience “that makes your legs vibrating when you are on blocks”, starts in a great way swimming ahead immediately. The race with the Dutch Femke Heemskerk is always unquestionable. Fede with 27”12 and the Dutch swimmer with 27”19 in 50m, at half race 56”33 and 56”39, respectively, at 150m with 1’26”26 and 1’26”48, ending with 1’55”42, at 93 hundredths ahead Heemskerk (1’56”35). The Hungarian Ajna Kesely, is very far from the beginning ranking third with 1’58”14. “My strength is the adaptation to trainings and at the distances swimming in the races-she says-Maybe today, passing in speed is more natural for me, in fact I improved it a lot in the last period. I thought to swim a low 56, but this is the most important 200m that I swim after Budapest. You can’t predict how the race will be going, but loosing here should be harder than in many other events. It seems like a soccer Stadium. I didn’t see it so full of people before. I hoped the Summer Olympic Games in Italy, but having a part of it here would be great. I cheer for Cortina”. Federica “Mafaldina” Pellegrini, 31 years on the next 5th August, trained by Matteo Giunta and member of Circolo Canottieri Aniene, shines in 200m-freestyle in Budapest 2017 ahead the undefeated American Katie Ledecky (the Italian swimmer with 1’54”73 and the American with 1’55”18. She is still the queen World record woman with 1’52”98 swum in this pool on 27th July ten years ago. Always here at the Stadio del Nuoto, she obtained the best Italian performance in tissue with 1’54”55 on 26th June 2016 at Sette Colli, setting the event record.
Stronger than Katinka Hosszu and all, not yet on her top. Margherita Panziera wins ahead the Olympic and World champion in 200m-backstroke. The European and Italian record woman, 24 year on the next 12th August, improves her race swimming ahead the Hungarian at two seconds of distance. At 100m, Iron Lady is ahead of two hundredths, at the third fraction, Margherita recovers one second and at the last fraction she improves her rhythm doubling the gap: gold and event record for the Italian swimmer; trained by Gianluca Belfiore, with 2’06”87 (her previous record is 2’07”16 set in 2018) and silver medal for Katinka with 2’08”83. “I am happy. My aim was to swim under 2’07”-the Venetian backstroke swimmer (Fiamme Oro and Circolo Canottieri Aniene)-Obviously I am not on top. However, swimming one second more than my time is a good result. Swimming with Katinka in the next lane helped me. She swims the first 100m very fast and I tried to swim very close her as soon as possible. For me, Sette Colli is ended here. This month we have to improve the last details, then I will leave to Gwangju”. Her Italian record is at the distance of one second: on 6th April this year, at the Absolute Championships, she swims with 2’05”72, breaking her previous National record (2’06”18) set in Glasgow 2018 winning the European Championships
The Spanish Africa Sanz Samorano ranks third with 2’10”56, at a great distance from both. The FIN (Federazione Italiana Nuoto) President Paolo Barelli and the chief of the Press Office of Presidenza del Consiglio Michele Sciscioli, awarded the two swimmers on podium.
Iron Lady wins in 200m-medley with the best seasonal World performance with 2’08”28 (28”03, 1’01”17 and 1’38”22 at her passages). “Ending the races in this way before the World Championships is very important”. The eyes of Francesca Fangio shine. Her birthday will be on the next 17th August. She is trained by Renzo Bonora and a member of In Sport Rane Rosse. She is semi-finalist in 200m-breaststroke at the European in Glasgow. In 200m-breaststroke Final she ranks third and is first among the Italian swimmers with 2’25”19. She sets the second Italian performance all time, after the Absolute Italian record (2’23”32) set by Ilaria Scarcella on 30th July 2009, and the best National performance in tissue swimsuit, breaking the previous one set by Elisa Celli with 2’25”23 on 20th December 2013. “I am training for the Universiadi in Naple”, Francesca says, accompanied by her boyfriend Simone Geni (Uisp Bologna). The Spanish Jessica Vall Montero wins with 2’24”51. Very satisfied says: “This is my last competition before the World Championships. After my participation in Mare Nostrum, my presence here was important”.
Matteo Ciampi (Esercito/Nuoto Livorno) wins the third gold medal of Italian day in 200m-freestyle with 1’47”62 ex aequo with the Brazilian Breno Correia, already winner in 100m-freestyle on Saturday. This is his personal record breaking the one swum on 16th March in Madrid (1’48”14). Thomas Cecconi (Fiamme Oro/Leosport) sets the Juniores Italian record in 200m-medley with 1’59”89 winning the Final B. His previous record is set in Riccione on 12th April 2018 (2’00”43).
In Final the unexpected result. Domenico Acerenza ranks third winning the bronze medal with 15’05”66. The Olympic and World Champion Gregorio Paltrinieri ranks fourth closing the evening 1500m-freestyle with 15’11”48. “Today I was very tired and I realized it during my warm-up. 15”11 is a time that I didn’t swim from a long time. I feel heavy and tired, but not worried. This is a down period”. “At the beginning I tried to reach my rhythm-Acerenza says- and at the end the blow arrived”. At the next World Championships in Gwangjiu, both will be busy also in long-distance races. Gregorio Paltrinieri, in 10 km and Domenico Acerenza in 5 km races. 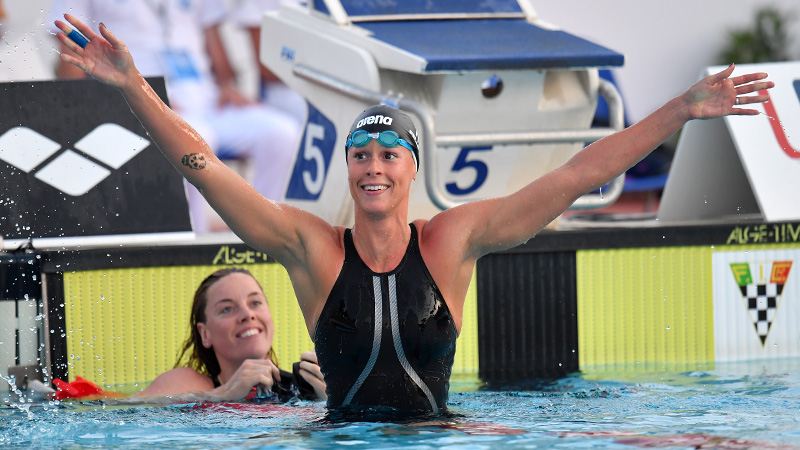 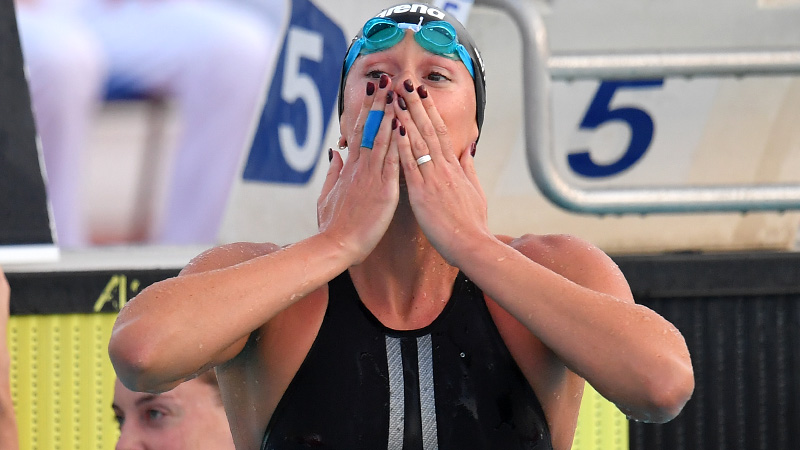 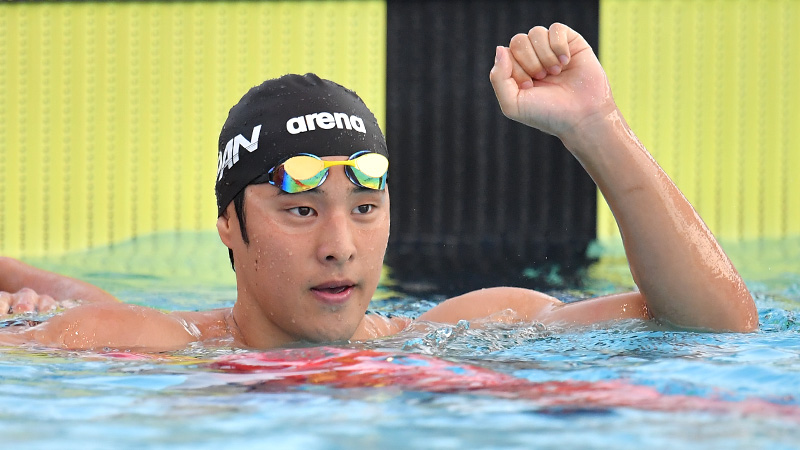 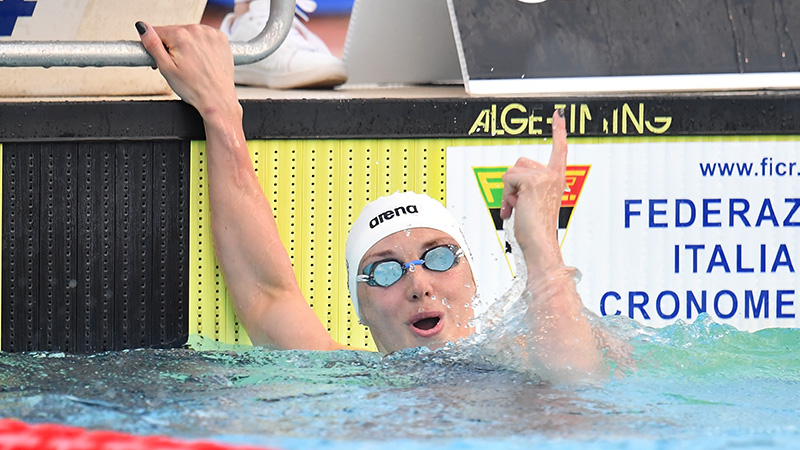 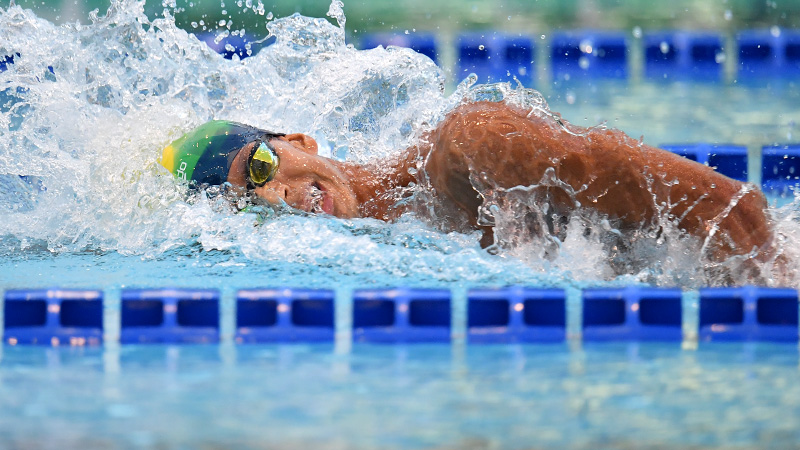 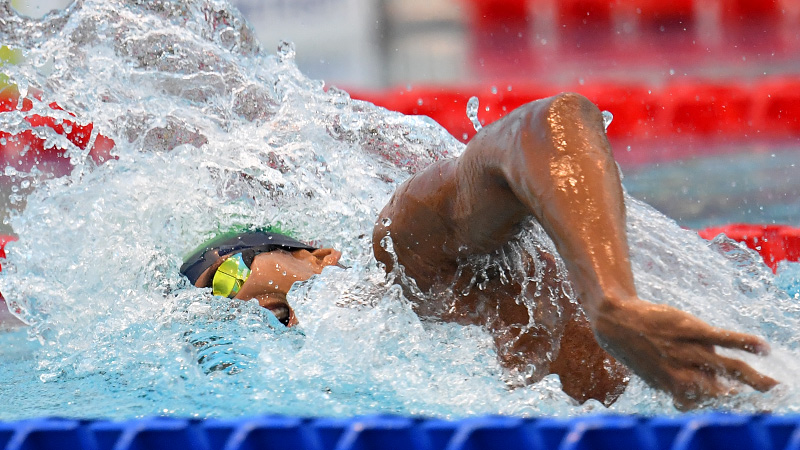 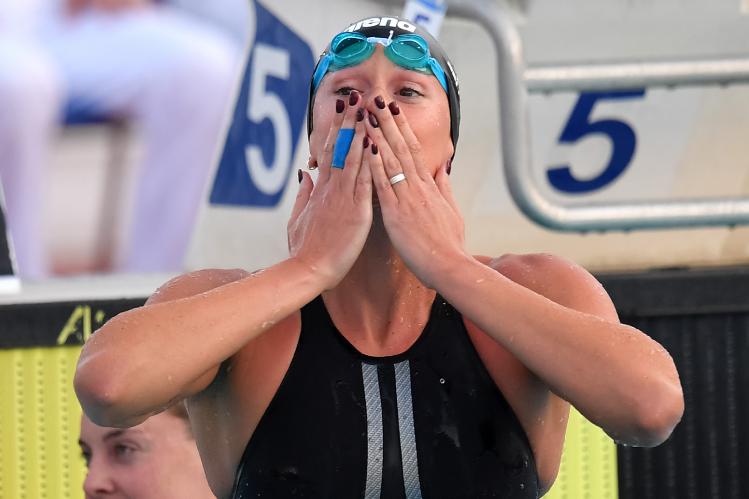 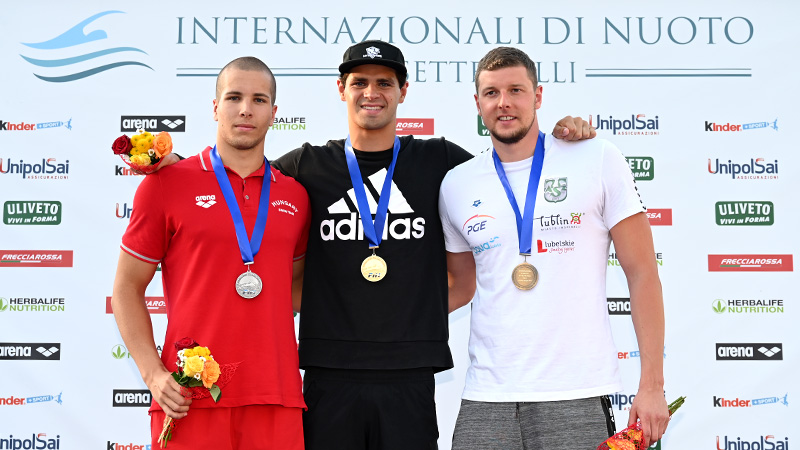 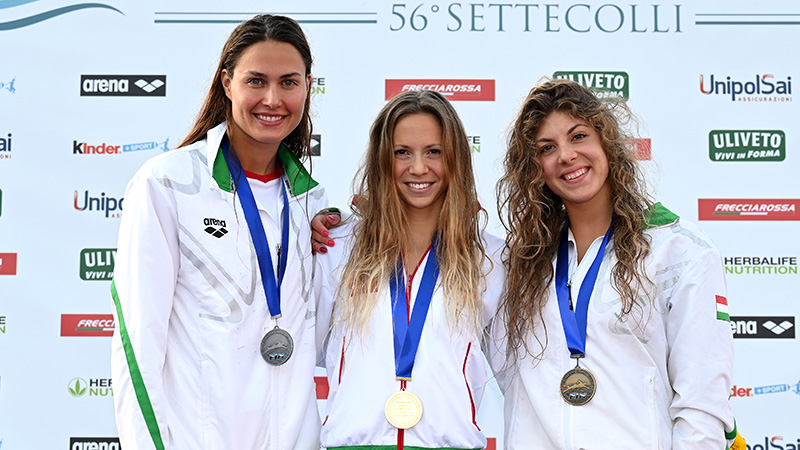 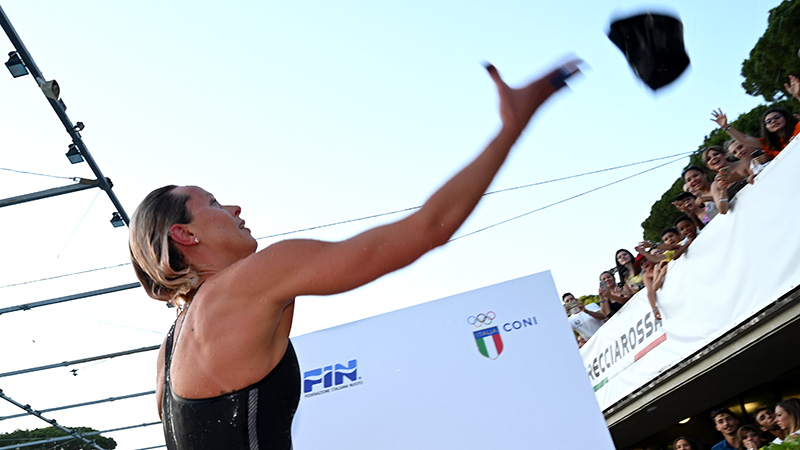 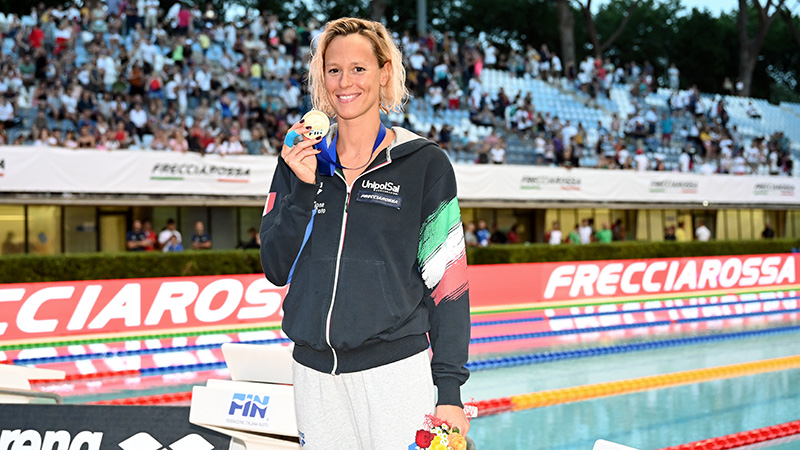 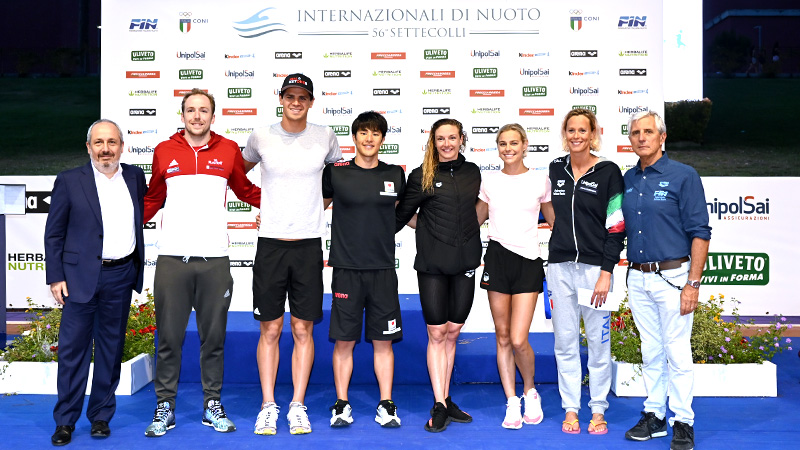 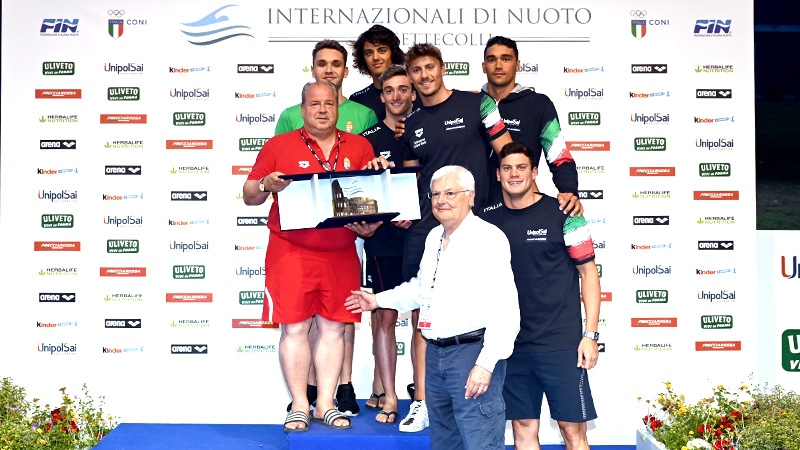 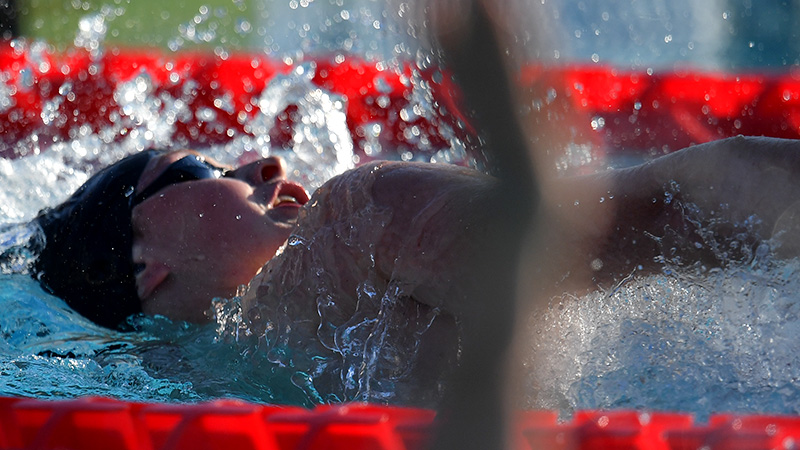 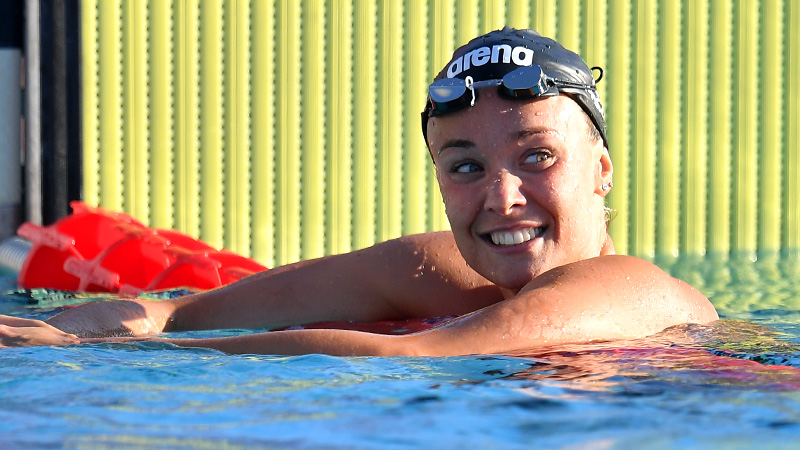 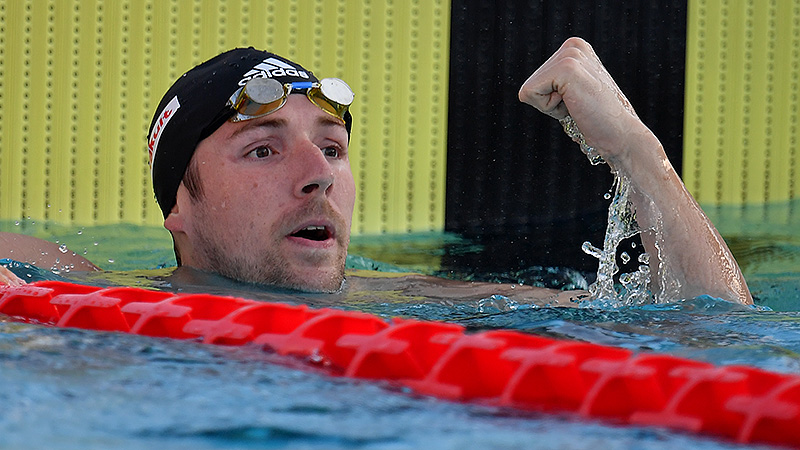 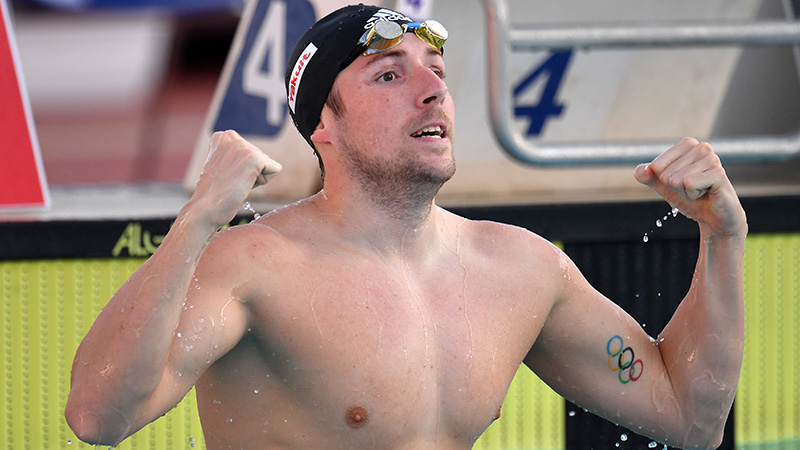 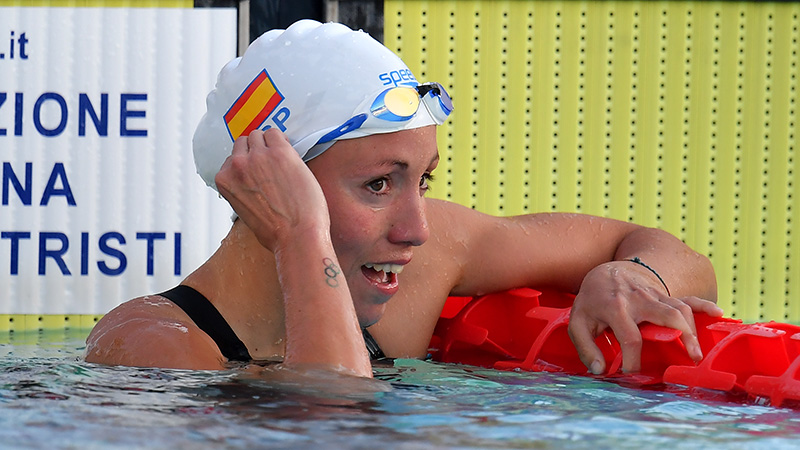 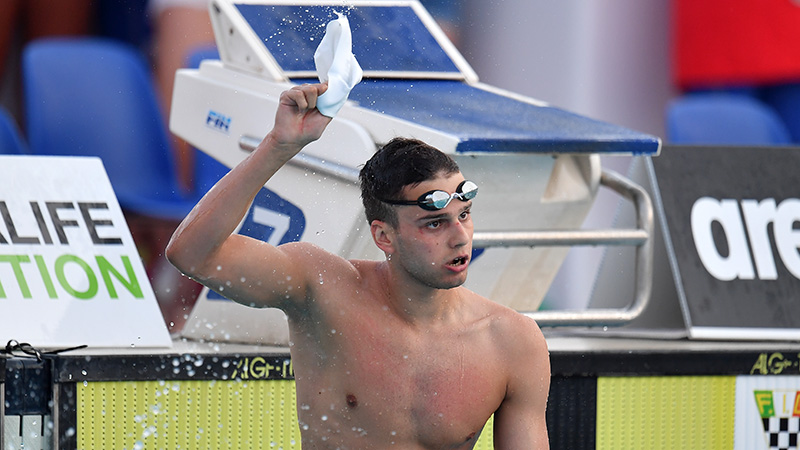 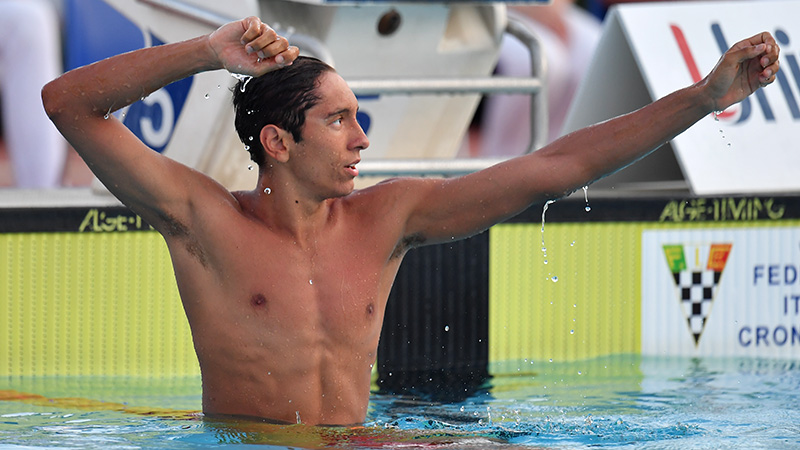 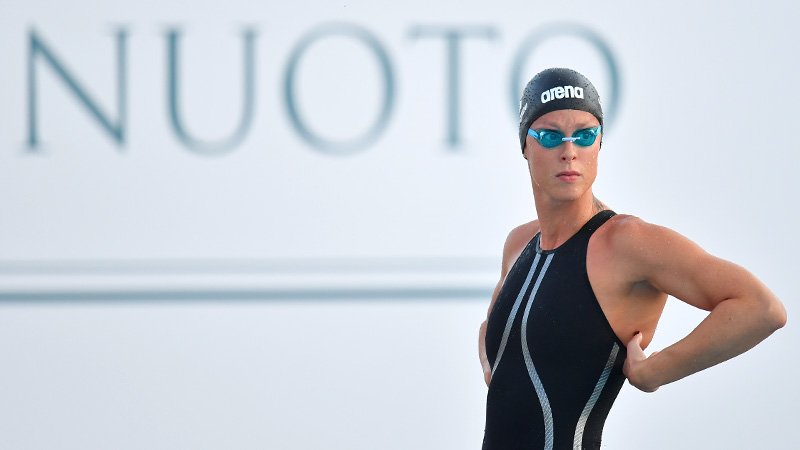 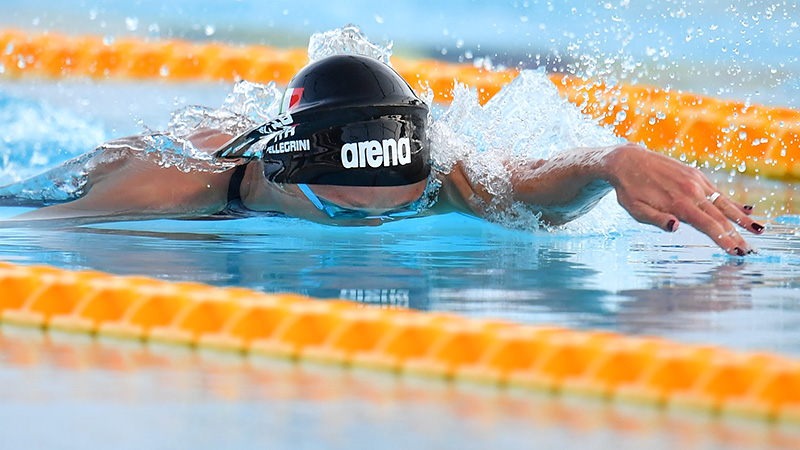